This was my first Landscape Theatre show, a solo piece that I toured to small venues in the Scottish Borders. It was inspired by a landscape near where I live.

I spent two weeks outside studying, discovering, getting wet and being kept awake at night by large bites on my leg!! So it’s not all a happy idyll immersing oneself in nature. 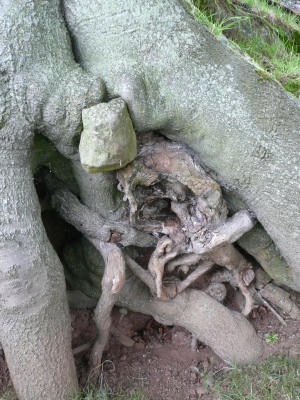 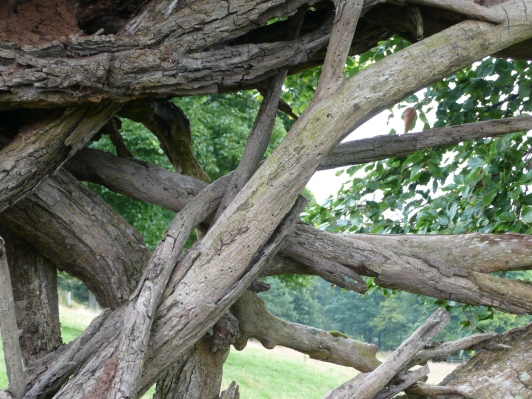 I returned to the place again and again and it stopped raining and autumn started to arrive. A family of buzzards were very much in evidence and one of the things I discovered was that when I played my bamboo pipe the buzzard would start calling, was it answering me? I tried it several times and it nearly always happened.

I also spent a lot of time indoors enduring the painful process of solo creation. No it isn’t all pain, some of it is exciting and joyful (particularly when I found I’d written a song and music which I thought was something I couldn’t do!!) Devising a show from a mound of material, that you have produced from being in a field for two weeks plus, is hard to do on your own, THAT is my point really.

BUT when you’ve not got the  funding that you applied for you can’t pay anyone. So solo was then the way to go for me, at that point. That also meant NOT ONLY devising and performing the show but also booking the venues, creating and disseminating the posters and flyers, making the costumes, designing and making the set and props ( I had help with this one – phew, and also with lighting – phew again) recording the sound, directing myself and ……. 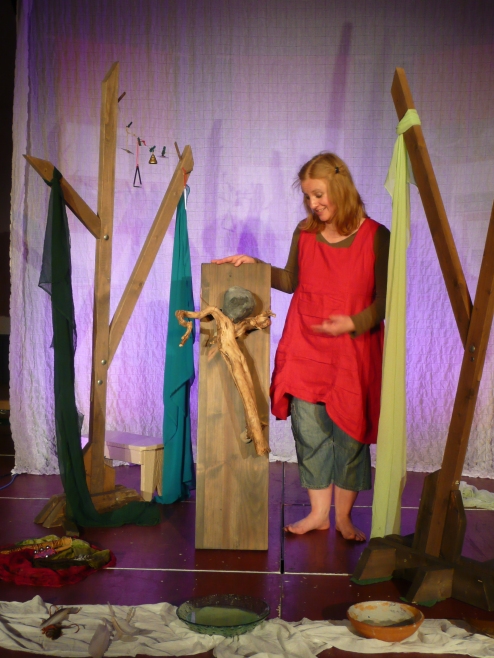 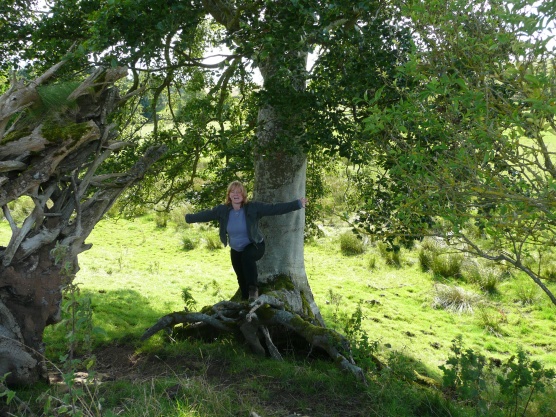 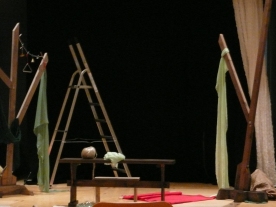 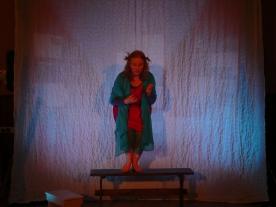 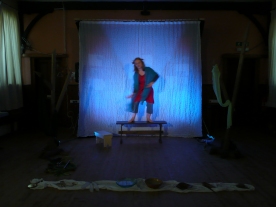 Stars sent light to the earth 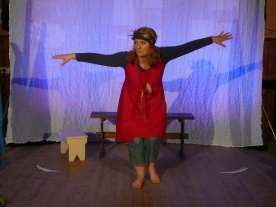 Many threads come from the moon and one's attached to me, a thread of silver gossamer no human eye can see